4 Common Plumbing Problems To Watch For In An Older Home

Buying an old home can be affordable and fun. It's always nice to remodel rooms the way you want them and to admire the way homes were built in the past. But there is one system, in particular, that you will need to keep an eye on in an older house — that's the plumbing system. The sooner you catch plumbing troubles, the better, so keep an eye out for these four issues that are common in the plumbing of older homes.

Today, pipes are almost always made from either copper, PVC, or PEX. None of these materials rust. However, in 1960 and before, many plumbers installed galvanized steel pipes. They liked this material because it was strong and affordable. The galvanized coating prevented the water from coming into contact with the steel, which was supposed to prevent rust. The problem is that now, 50 years later, the galvanization has worn off of most of these steel pipes, which means they are starting to rust. If the water coming from your pipes has an orange or reddish tint, that means your pipes are beginning to rust. You should have the pipes replaced sooner rather than later since the rust will eventually eat its way through and cause leaks.

Roots in the Sewer Main

Main sewer lines used to be made from clay. The problem with clay is that it cracks pretty easily, and once that happens, tree roots are free to invade the pipe. Tree roots can also work their way into cast iron pipes that have rusted over the years. You may not notice signs of a root-clogged sewer line immediately, but after you've lived in the home for a while, some toilet paper and other debris could get caught in the roots and exacerbate the clog. You may then notice that your drains slow down and odors come from your drains.

Replacing the sewer line is a major endeavor, but sometimes you can get away with having the roots ground out and then the pipe relined with a sleeve that prevents them from growing back in.

Leaking water faucets may not seem like a big deal, especially if you're focused on making big changes to the home like knocking down walls or building a new kitchen. However, a single household's leaks can waste 10,000 gallons of water per year, which is pretty significant. Your water bills will be a lot lower if you simply replace that old, leaking faucet now rather than putting it off any longer. The same goes for leaky showerheads and leaky toilets. Most toilet leaks can be repaired by simply replacing the flapper, which is the rubber component that fits over the main pipe in the back of the toilet.

It's really important that you are able to turn off the main water valve in your home. If you ever have a pipe burst, turning off the main valve will greatly reduce the amount of water that ends up flowing all over the place. Sadly, in a lot of older homes, the main valves have become covered in mineral deposits and have seized. Try turning your main water valve. If it does not budge, then you need to apply some penetrating oil, wait a few hours, and try using vice grips to turn and loosen it. If this does not work, have a plumber replace the main valve so that you're better prepared for an emergency.

A plumbing catastrophe can make homeownership a nightmare. Keep an eye out for these more minor issues so you can address them ASAP.

For more information, contact a company that offers plumbing services. 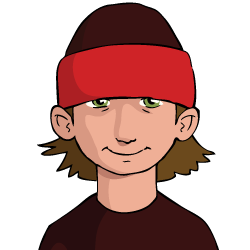 4 Air Conditioning Problems That You May Experience - 31 January 2023